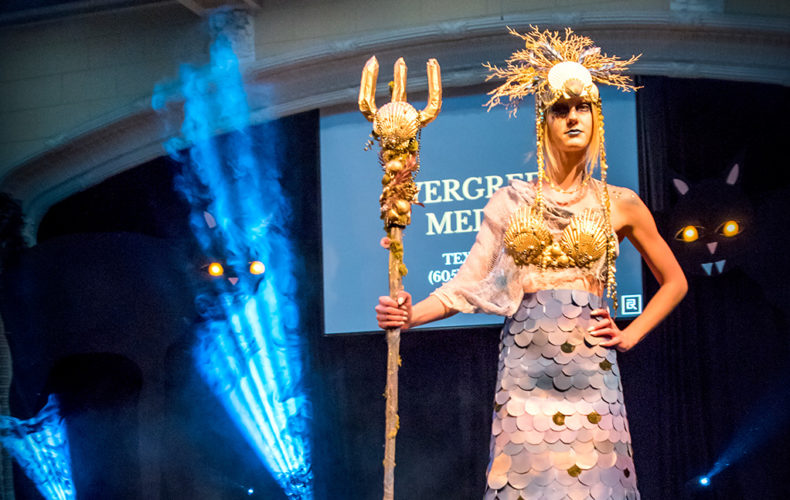 Today, mermaids are best known as beloved figures like kind-hearted Ariel from Disney’s The Little Mermaid. But mermaids of lore weren’t friendly and kind, they were feared by sailors who believed that mermaids would either drown the crew after charming them or just make the ship crash by creating rough seas.

Evergreen Media decided to bring the mermaid superstition to life for Rapid City’s Raw Couture fashion show! Their two piece costume featured a top made out of a broken computer keyboard and a skirt made from paper; each of these materials are used in the day-to-day operations at Evergreen Media. END_OF_DOCUMENT_TOKEN_TO_BE_REPLACED