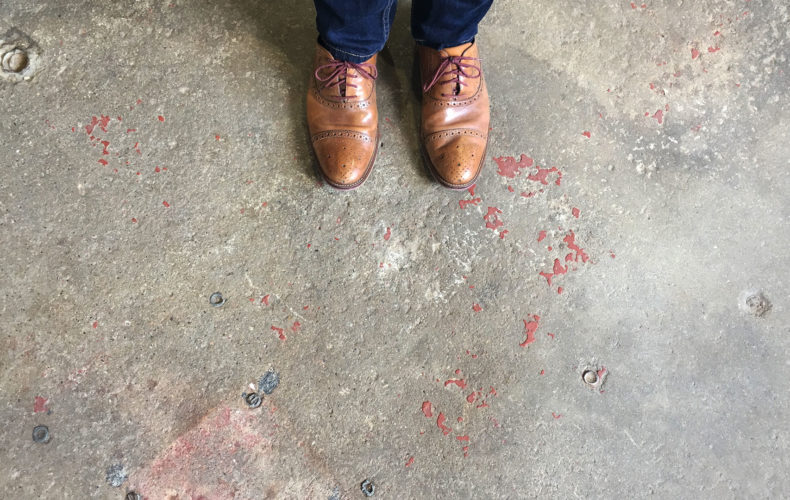 Instead of carpet or tiles, the Evergreen Media office in downtown Rapid City has concrete floors. They are the original floors for the building and have remained for over 30 years. Before the floors supported the Evergreen team, they were used in the Dean Motor Company – with cars scraping across the resilient concrete.

The building changed hands several times and was later renamed Midwest Tire and Muffler Company in 1978. The Dean Building was entered into the National Register of Historic Places in 1995. The building sat empty in 2015 and in 2016, the building was purchased by a group of people who wanted to revitalize the historic structure. In addition to Evergreen Media, a baby boutique, coffee shop, and apartment flats all have their share of the Dean Building.

The foundation of Evergreen Media began in 1985 as Print Promotions Plus, a print and publishing resource management firm. In 1999, the company, which became known as Visitor Publishing, acquired our first magazine – the Black Hills Visitor Magazine. In addition to printing magazines, we also began publishing them. Black Hills Visitors Magazine was just the beginning!

More magazines were launched including Impact Magazine in 2004, Black Hills Bride in 2010, Wyoming Bride in 2011, Southern Minnesota Bride in 2012, Black Hills Parent in 2012, and North Dakota Prairie Bride in 2016. In October 2016, Evergreen Media was officially born and we moved to our new downtown office that November.

Like Evergreen Media itself, the concrete floors have a solid foundation and have morphed and changed over the many years they have been in service!

Want to be a part of something great? Connect with our team HERE.